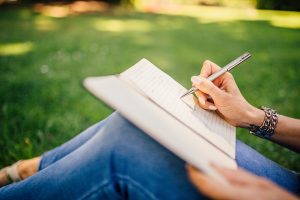 5 Famous Authors Who Wrote Their First Book After 50

The saying goes: “That age is just a number.” The authors in the following list, have certainly proved that. I am 53 and about to have my debut novel “Reckless Beginnings” published. Of course, lots of silly thoughts went through my head: “You’re too old  to be writing a book”  “It’s too late to publish a book.” and then there was this one: “You should have written the book years ago.”  I began to question myself and the dream I’ve had of being a published author.

It was at this point that I began to do some research and discovered that many famous authors were not published until in their 40’s or 50’s. Once more I smiled. If you have a dream, no matter how old you are. Pursue it! It’s never too late to start something new or begin something that you’ve been pondering over for many years. My debut novel had been an idea in my head for over 20 years before it got to this stage where it is now with the publisher and in the editing stages. I’m happy to say it will be in print by the end of the year.

These five famous authors I have listed below all had their debut novel published when they were in their fifties.

“Watership Down” was Written by English Author Richard Adams. Watership down was his 1st novel which he wrote at the age of 52. It was rejected by several publishers until it was accepted by Collings and published in 1978. The book won many awards including The Carnegie Medal and the Anual Guardian Prize. In 1978 it was adapted into an animated film also called “Watership Down: and in 1999 a TV series was launched that aired until 2001.

“Angela’s Ashes” was Written By Frank McCourt at the age of 65. Published in 1996, this was his first novel and it made him a millionaire. A memoir of his miserable childhood that went on to win the Anual Pulitzer Prize and the Anual National Books Critic Circle Awards.

Little House In The Big Woods

“Little House In The Big Woods” was written by Laura Ingalls Wilder at the young age of 65. This was the first children’s book in a series of 8 based on her childhood. The last in the series is titled “These Happy Golden Years” and was written when she was 76. The collection is now known as  “A Children’s Classic Series” and the famous television show “Little House on the Prairie” which aired in the late 1980’s is loosely based on her books.

“Black Beauty” was Written by English author Anna Sewell in her early 50’s and published when she was 57. Sadly she died just six months later. It became one of the ten top bestselling books for children ever written.

“Bowl Of Cherries” was written by Millard Kaufman at the very young age of 90.  He began writing it when he was 86 and was published fours years later. He then went on to write his second novel “Misadventure” which was published after his death at the age of 92.

I have read all of these books, but it was a long time ago. Probably when I was in my teens and twenties Writing this list has brought back memories on what a joy they were to read. I think it’s time to rekindle some of those memories and read these books again.

It’s hard to pick a favorite but I would have to say it’s “Watership Down.” Do you have a favorite? Post your comment below.

Here are some more of my articles you may enjoy

Other links you may enjoy

5 books to read before you see the upcoming movie