This week I had the pleasure of interviewing Michele I. Khoury – author of “Busted” and write my own personal review of the book.

I must state that I have been communicating with Michele for the past few months, sharing author to author tips and experiences. I consider her more than an acquaintance, to me she is a friend. I did not let our friendship reflect my honest reviews of her book. I remained transparent and taking into consideration, only the book.

A few words about Michele I. Khoury 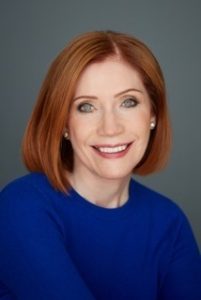 (Copied from her “About The Author Page”) Writing is Michele I. Khoury’s third career. After graduating from the University of California at Riverside with a master’s degree in economics, she worked at Xerox Computer Services, where she set multiple sales records, and Apple Computers, where she received the Business Development Manager of the Year award. As an entrepreneur and international business consultant, she taught technology companies around the world how to sell.

Her writing career began when she took the Beginning, Intermediate and Advanced Novel Writing Classes offered through the University of California Irvine’s  extension program. She was one of three out of fourteen students her professor chose to mentor and attend weekly critique sessions for six years. Busted is her debut novel and she is currently writing her second book, which is about domestic violence and abuse.

She lives in Orange County, California, with her husband and rescue dogs, Bubbles and Thriller.

The Synopsis of “Busted”

IMPACTED BY THE RECESSION, Twenty-four-year-old Gina Mckenna is down to her last few dollars and days away from living in her car when a successful businessman buys a painting and commissions another. As their relationship evolves, she’s seduced by his charm and mesmerized by his luxurious lifestyle until she discovers he’s a drug kingpin. Her world turns upside down, and she struggles to survive vicious brutality.

Miguel Lopez is a cocaine supplier with weightlifters physique and “the rules do not apply to me” attitude. Maniacal and ruthless, he has no qualms about killing anyone who interferes with his distribution network, including Gina.

Dedicated to eradicating illegal drugs, DEA Special Agent Bobby Garcia spent months and hundreds of thousands of dollars working undercover to buy his way up a dealer chain to identify the moneyman. When his fourteen-year-old daughter overdoses on cocaine, he traces the blow to Lopez. As Bobby’s mission becomes personal, he makes emotional decisions, which negatively impact civilians and his job. Unable to let go, he risks his carer to orchestrate the biggest drug sting in Southern California. What happens isn’t what he expected.

When a deputy district attorney meets Gina at a party, he is smitten. as his attraction grows, so does Gina’s involvement with the DEA’s case, of which he is the designated prosecutor. Mindful of his professional ethics, he tries to stifle his feelings.

Sex and violence permeate the twists and turns of this cautionary tale about choosing one’s friends.

The cover of the book is extremely appealing. The colors used are soft on the eyes but also captivating. The title “Busted” clearly stands out from a distance.

I was drawn into the story, by the second page, with the mention of a twelve-year-old boy high on cocaine. I wanted to know more. The reader is first introduced to “Gina”, with a little bit of history about her and whey she is almost penniless.

I liked the short chapters and how each chapter was solely about one character, allowing the reader to connect with them as the story unfolded.

This is a fast suspenseful page-turning read, with continual surprising events unfolding that keeps the reader on the edge of their seat. Many action scenes, keep the story exciting, along with some strong sexual content.

This book showed me another side of beautiful Orange County that I didn’t believe could exist. Drugs are not just a problem in the poor neighborhoods, but the wealthy upscale ones too.  And where there are drugs, violence and danger are sure to follow.

For me the ending was predictable, but it didn’t take away the enjoyment or the thrill of reading the story. The journey was an exciting ride.

The characters were portrayed well, each with distinguished personalities and their own quirks but  I would’ve liked to have had a little more history on Jason and Miguel.

Overall, I really enjoyed this book and highly recommend it.

The interview with Michele I. Khoury

Question 1 – How long have you been writing and why do you enjoy it?

Michele – I’ve been writing for ten years and started my novel when I attended UCI’s Beginning, Intermediate, and Advanced Novel Writing Class through their extension program in 2007. I enjoy the creativity, the research, experimenting with different sentence structures, words, characters, descriptions, and experiences. I love everything about writing—the solitary endeavor, getting critiques from my professionally-led writing group, editing, digging deep, and rewriting.

Question 2 – Other than writing, what else do you like to do?

Michele –My most favorite thing to do is read. I’ve been an avid reader all my life.

My next favorite thing is spending time with my husband and walking our two rescued dogs.

Question 3 – What inspired you to write “Busted”?

One of the first assignments in the writing course was to plot a novel. We’d received a lecture on the key components, and while driving home from class the plot for Busted came to me. When I got home, I sat at my computer, typed my thoughts, and then massaged the key points throughout the week. When I shared my outline in class the following week, my writing professor said, “Oh, that’s good. The story has legs; you have to pursue it.” Encouraged, I stuck with it.

Question 4 – What was the hardest part to write in “Busted”?

The most challenging part of writing Busted was creating the protagonist, Gina. Miguel (the antagonist), and Bobby (the good guy) were easy. Their chapters flowed. Gina evolved, and I didn’t really nail her character until after I’d finished the first couple of drafts. Her development evolved over time.

Question 5 – Who as an author, inspires you and why?

This is a tough question. I’m inspired by many authors, so it’s difficult to choose just one. Whenever I read good writing, I take notes and study what it was that impressed me. I learn something from almost every book. I’ve been doing this for the last ten years, and I have accumulated 276 pages in a Word document.

Oh, my. This is another difficult question. I’ve read hundreds of books, and while I enjoyed the majority, very few are memorable. When a book sticks with me—i.e., when I remember it long after I’ve read it, then I consider it a favorite.

I also read and enjoy many literary authors: Liane Moriarity, JoJo Moyes, Graham Simsion. Just finished Gabriel Tallent’s My Absolute Darling. Whoa. The story is as gruesome as it gets; however, his writing is poetic and the narrative is so engaging, I’m willing to forgive the most grizzly and horrific father-daughter abuse just to keep reading.

My list wouldn’t be complete without mentioning Michael Connelly, Harlan Coben, and David Balducci. Their early novels are what inspired me to write. And I also read non-fiction; whatever captures my attention.

Question 7 – What advice do you have for aspiring writers?

Read, research, write, get feedback, and rewrite. Writing groups can be very helpful or hurtful; make sure the person leading is knowledgeable, employs positive feedback as well as constructive criticism, and gives each individual equal time.

Question 8– Are you currently working on anything now? If so, tell us a little about it and when it can be expected to be available.

Yes, I’m working on my second novel, which is about domestic violence and abuse. It’s loosely based on ex-Los Angeles County Sheriff Lee Baca. Allegedly his first wife filed a battery complaint against him, but law enforcement cronies buried it. (BTW: This is not uncommon in the police community.)

f the complaint had been made public, Baca would have been charged with a felony, lost the ability to carry his weapon, and his job. The title of my next novel is The Sheriff’s Wife, and it’s about a battered woman, how she survives, escapes, and reestablishes her life with her three children.

Question 9–  Is there anything else you would like to say?

Research is critical. I’ve met many talented writers who are dedicated to their craft. However, they don’t take the time to research their subject matter. Research lends authenticity. And, I highly recommend doing what Tina is doing: promoting your novel BEFORE it is released. SMART.

Thank you, Michele, for allowing me to interview you and I wish you all the success on your new path of writing. It looks like you are off to a pretty good start.

You can buy her book here by clicking on the image below.

Some other articles you may enjoy

19 thoughts on “Interview With Michele I. Khoury – Author of “Busted””