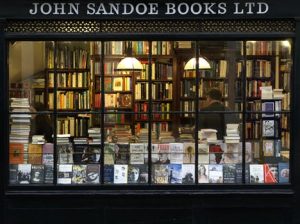 Being #1 on the New York Times Best Sellers List

For most authors and readers the most prestigious list for book sales is the New York Times Best Sellers, established in 1931. If your book makes it on the list, a vast array of opportunities will probably flock your way. Recognition will sure to follow along with possible movie deals, TV shows, interviews and new contracts. You will be able to splash New York Times Best Seller across your cover.

Most other lists allow e-books and self-published books, The New York Times, does not. making them exclusive. The list comes out once a week. Some books remain at number one for many weeks. There were thirty books in 2017 that held the top spot. Camino Island by John Grisham maintained the number one spot for five weeks, followed by The Shack by William P. Young, staying at number one for four weeks.

Because there are thirty books on the list, I have divided it into two parts. The first fifteen I have listed below. The second part, I’ll post next week.

The Whistler by John Grisham

We expect our judges to be honest and wise. Their integrity is the bedrock of the entire judicial system. We trust them to ensure safe fair trials, to protect the rights of all litigants, to punish those who do wrong and to oversee the flow of justice. But what happens when a judge bends the law or takes a bribe? A tale of corruption and crooked lawyers that are about to be revealed.

The Wrong Side of Goodbye by Michael Connelly

Harry Bosch is California’s newest private investigator. He doesn’t advertise, he doesn’t have an office, and he’s picky who he works for, but it doesn’t matter. He chops from thirty years with the LAPD speak for themselves.

Soon one of California’s biggest moguls comes calling. The reclusive billionaire is nearing the end of his life and is haunted by one regret. When he was young, he had a relationship with a Mexican girl, his great love. But soon after becoming pregnant, she disappeared. Did she have the baby? And if so, what happened to it? While investigating a case of a billionaire he finds links to his own past.

The Mistress by Danielle Steel

Natasha Leonova’s beauty saved her life. Discovered starving on a freezing Moscow street by a Russian billionaire, she has lived for seven years under his protection immersed in rarefied luxury, while he pursues his activities in a dark world that she guesses at but never sees. Her home is the world, often on one of Vladimir Stanislas’s yachts manned by scores of heavily armed crew members. Natasha’s job is to keep Vladimir happy, ask no questions, and be discreet. She knows her place and the rules. She fills fortunate to be spoiled and protected and is careful not to dwell on Vladimir’s ruthlessness or the deadly circle he moves in. She experiences only his kindness and generosity and believes he will always keep her safe. She is unfailingly loyal to him in exchange. A mistress trapped in a web of forbidden love and the art world.

Now a motion picture, the adorable and sometimes tearful tale of a dog finding his true meaning of life through the humans that surround him. Looking at life through the eyes of a dog, A truly touching tale.

Another suspenseful thriller from James Patterson Involving sex and murder. A sex crime investigator at the top of her game thought she had seen it all until her own brother is arrested for the horrific murders of three women.

Right Behind You by Lisa Gardner

A fast-paced thriller involving Shariah May Nash who’s older brother beat their drunken father to death to save their lives. Now eight years later he is on a killing spree. Why? is he a murderer of a hero?

Echoes in the Death by J.D. Robb

A dazed, bloody and naked Daphne Strazza walks out in front of a tired homicide detective’s car. Her husband is found dead in their lavish condo. Unraveling the case reveals many twists and surprises.

A psychological thriller, involving a nearly one-hundred-year-old client – Thalia Mars,  who summons a child psychologist, Alex Deleware to meet with her at a luxury hotel with a checkered past. The next meeting, she is found dead. What they discover, will surprise you.

The Shack by William P. Young

Mackenzie Allen Phillip’s youngest daughter Missy was abducted during a family vacation. Her body was found in an abandoned k deep in the Oregon wilderness. Four years later he received a letter, believed to be from God, to return to the shack for a weekend. A trip he made that changed his life forever.

The final book in the Natchez Burning Trilogy, Like the others, a suspenseful, thrilling ride, diving into the history of the characters and leaving the reader speechless.

Billy Harney, a cop is left for dead alongside his partner. Miraculously he survives but is charged with double murder. How can he prove his innocence if he can’t remember the crime? Retracing his steps he discovers a black book that may prove his innocence or send him to jail.

The Chosen by J.R. Ward

A scorching forbidden love threatens to tear a rift through the Black Dagger Brotherhood. Xcor, leader of the Band of Bastards, convicted of treason against the Blind King is facing a brutal interrogation and torturous death. Only a sacred woman who was never his: the Chose Layla can save his life.

The Fix by David Baldacci

Book three of the Memory Man Series with the return of Amos Decker who witnesses a murder outside the FBI headquarters. A man shoots a woman execution-style on a crowded street and then shoots himself. A baffling case with no connections or motives, Decker needs to dig deep to solve the case.

A drug cartel counting-house gets robbed and suitcases of cash are missing. Left behind are six bodies, on of a six-year-old girl.  Davenport takes the case which quickly spirals out of control as the cartel competes with him. A fast-paced suspenseful thriller.

The latest book in the Women’s Murder Club series – Detective Lindsay Boxter now married to Joe who helped her catch the bomber that killed twenty-five people in downtown San Francisco. Fast forward fifteen months, Joe is not everything Lindsay thought him to be and The bomber is about to go on trial. His defense raises questions about her and Joe’s investigation and Lindsey doesn’t know who to trust. Lindsey needs to connect the dots of the crime before she is put on trial. A fast-paced murder mystery.

Which bestsellers have yo read? I would love to hear what your thought of them. 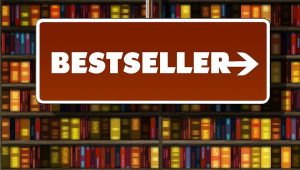 Other articles you may enjoy.