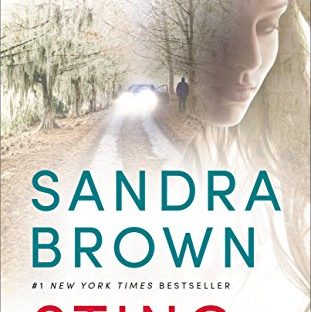 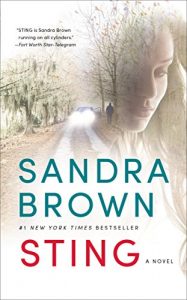 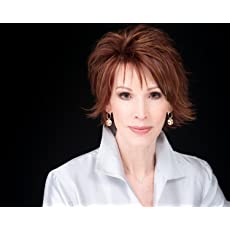 Brown began her writing career in 1981 and since then has published over seventy novels, bringing the number of copies of her books in print worldwide to upwards of eighty million. Her work has been translated into thirty-three languages.

A savvy businesswoman and an assassin struggle to outwit the FBI — and each other — in this #1 NYT bestselling story of sizzling romance and shocking deception from “a masterful storyteller” (USA Today).

When Jordie Bennet and Shaw Kinnard lock eyes across a disreputable backwater bar, something sparks. Shaw is a man who gives off a dangerous vibe that makes other men stand back and women take notice. No one feels this more strongly than Jordie, a woman who doesn’t belong in a seedy dive on the banks of a bayou. But here she is . . . and Shaw Kinnard is here to kill her.

As Shaw takes aim, Jordie is certain her time has come. Instead, Shaw has other plans. He abducts Jordie, hoping to get his hands on the $30 million her brother has stolen. But he isn’t the only one: Jordie’s brother made a deal with the FBI, but his ruthless boss will stop at nothing to find the money first. Now on the run from the feds and a notorious criminal, Jordie and Shaw must rely on their wits to stay alive.

Miles away from civilization and surrounded by swampland, Jordie and Shaw play each other against their common enemies. Jordie’s only chance of survival is to outwit Shaw, but he suspects her from the start. Was she in on her brother’s scam, or is she an innocent pawn in this deadly vendetta? And just how valuable is her life to Shaw, her remorseless and manipulative captor? Burning for answers — and for each other — this unlikely pair ultimately make a desperate move that could be their last.

With nonstop plot twists and the sizzling sexual tension that has made Sandra Brown one of the world’s most beloved authors, Sting will keep you on the edge of your seat until its final pages.

I have been a huge fan of Sandra Brown’s books for many years and one of the reasons is because she never disappoints. Sting was a fast-paced suspense story with plenty of mystery and surprises. Jordie is my kind of woman. Tough with a lot of grit.

The twist took me totally by surprise and I loved it. This book has all the ingredients for a great book, believable characters, mystery, suspense, a heavy plot, and romance.

COVER DESIGN – 4 STARS – Nice cover with soft colors. I would have liked it to pop some more with vibrant bright colors.

CHARACTERIZATION – 5 STARS – Lived up to my expectations. I loved it..

STORY & PLOT 5 STARS – I was pulled in after reading the first page. A fast-paced page-turner.

OVERALL RATING – 5 STARS – I really enjoyed it and highly recommend it.

The Reunions is Available for Preorder (Goes live January 5TH) 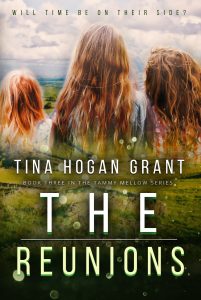 Award-winner author Tina Hogan Grant brings you an emotional tail of family values and the quest of three sisters to fulfill their mother’s one wish.
Divided by divorce and separated by an ocean they wondered if time would be on their side. This book brings the Tammy Mellows series full-circle and can also be read as a standalone. A story that will stay with you: long after you have read it.
Available for preorder at the discounted price of $2.99 where all books are sold in ebook, kindle, and paperback- Price will go up on launch day.
Click the link below, which will take you to your preferred store;
https://books2read.com/thereunions
Review quotes:
“Loved the story and the whole series and will always read a Tina Hogan Grant book.” – GR Reader
“OMG what an absolutely amazing story. Definitely, a must-read.” – GR Reader “
A wonderful storyteller and her writing touches the heart.” – GR Reader
“This is such a great book and hard to put down and you just don’t want it to end.” – GR Reader –

She’s stressed. He likes his laid-back life. They think they’re opposites, but are they?Sawyer Hawthorne was tired of being another society playboy who was always in the limelight. Then one carefree weekend in the Caribbean, he made the decision to live the island way, so he bought his own island and left it all behind to enjoy a new laid-back life. But even with all that beauty around him, he felt something was still missing…until Jade Campbell burst into his life full of attitude.

Dr. Jade Campbell was happy in her career as a marine biologist, but when the marina her family had owned for over a hundred years was in danger of falling apart, she left behind all she had worked for to help her father. But her struggles went farther than money and she was out of ideas…until the money she so desperately needed to save the business and her father was dangled in front of her like a carrot.

Does she take the money to save her father and the marina, knowing that she could be getting herself into something worse? Does he see her for what she could be?