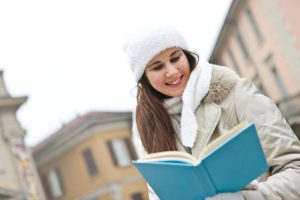 What is, Reckless Beginnings about?

With my debut novel moving forward and now in the page formatting stage, the question I get asked the most is: What is the book about? The easiest way to answer that is to post the synopsis of the book. This is what a potential reader will read on the back cover of the book. Another name for it is the Blurb. 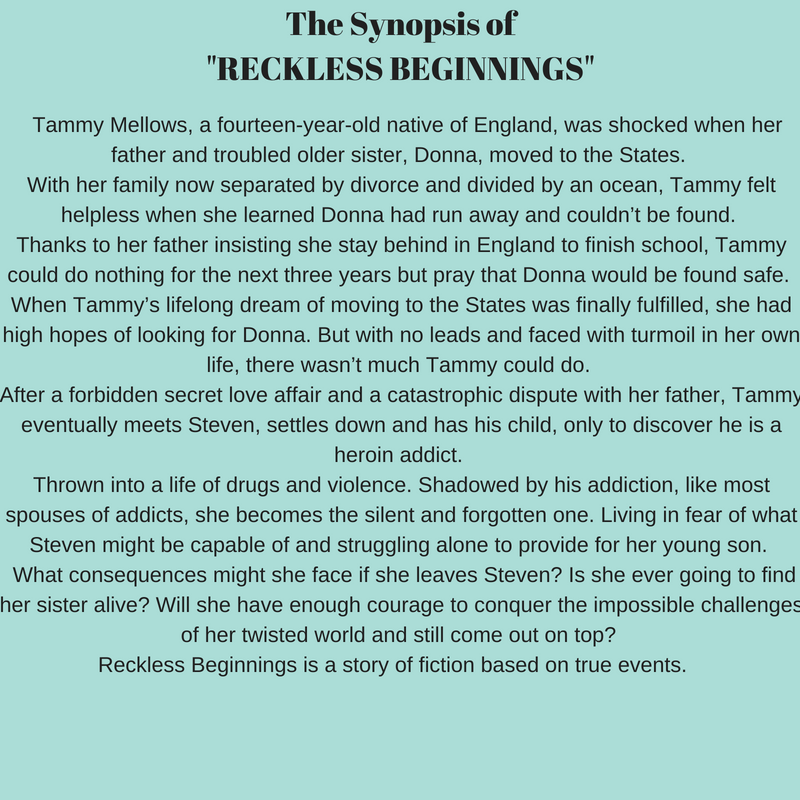 What is a logline? It is a captive phase that outlines the books subject matter and stimulates interest. The logline for my book is the spouses of addicts. The silent and forgotten ones.  This I can use when contacting media, possible interviews or to be a blog guest.

Reckless Beginnings is fiction based on true events. What is fiction? What is True? Well, I’m not telling 🙂 Tammy Mellows, the main character in the book, arrives in the States as a young naive seventeen-year-old teenager and makes some terrible decisions. Eventually, unbeknown to her, she becomes the spouse of an addict. The silent and forgotten one. 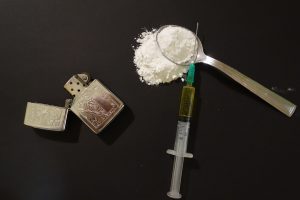 Drug addiction has been a huge problem not only in the States but worldwide for decades and it continues to spiral out of control with the numbers of deaths related to drug overdoses, increasing every year.

The Opioid epidemic that haunts us today is believed to be related to the sudden surge in heroin use and related deaths. Perscription drugs are far more expensive than heroin and an addict will seek cheaper methods to feed their addiction. Heroin is a tenth of the cost of opioids, thus the rise in uses and deaths.

Today addiction and deaths related to overdoses are at a record time high. Click here to see the charts.

We Never Hear About the Spouses of Addicts 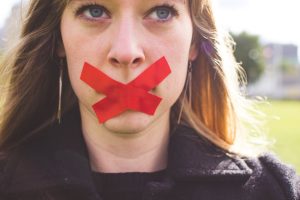 Every news station, newspaper, and magazine run stories on the rising drug and opioid epidemic. Reporting how many lives have been lost due to drugs. They tell us the demand for rehab and safe houses are at an all-time record high and all numbers are continuing to spiral out of control. BUT what we don’t hear about are the spouses of addicts. The silent and forgotten ones. Shadowed by the addict, silenced with fear, the spouse struggles to retain their identity or have any kind of life of their own.  Welcome to the life of my main character, Tammy Mellows. A woman that came to the States with high hopes only to have her life thrown into turmoil.

Have I Inspired you?

I hope I have inspired you to read the book. A publication date has not yet been set. I’m estimating around four months. In the meantime, if you sign up for the newsletter, you will automatically be entered into a drawing for one of the first signed copies. Enter here. and read the advantages of subscribing.

Further reading about the drug academic in the United.States.